I did this for a friend that is starting a new dog walking business in Northern Virginia so look her up HERE if ya have a pup! (she does walking, pet sitting and boarding too!) She's good people.
on 14.4.14 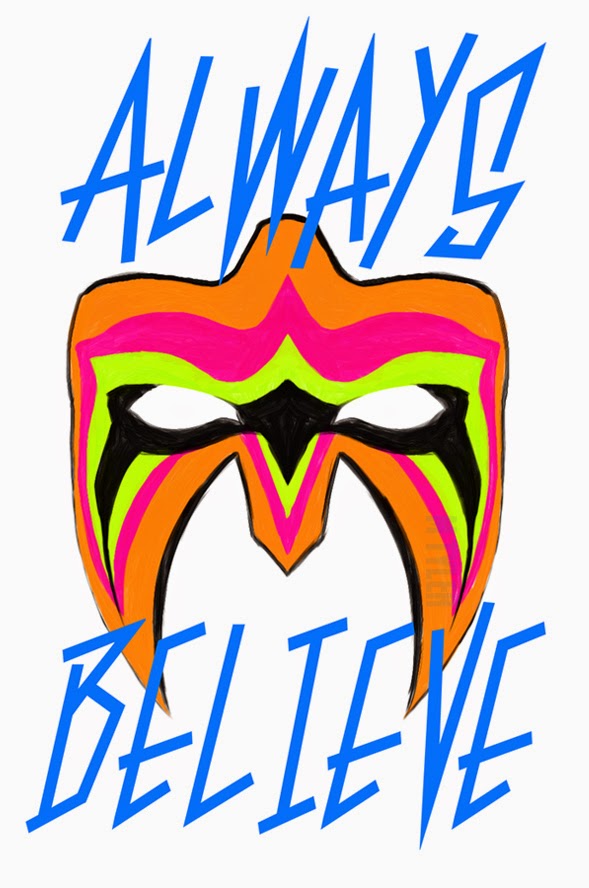 When you're a kid searching for heroes, you don't look at them with the same grown up cynical lenses you obtain in adulthood. They are brightly colored superheroes or courageous knights or stealthy ninjas, they are bigger than life. They are who you looked to.

Growing up my heroes growing up were Optimus Prime, Snake Eyes, Batman, He-Man, Captain America, Brett 'The Hitman' Hart and The Ultimate Warrior. There were others I know but these were my boys, my examples of what I wanted to be. I patterned myself after them, as much as any kid could understand that concept (being that chief among them was a giant alien robot), to be strong and good like they were.

The Ultimate Warrior was a primal force, he ran to the ring and decimated whoever stood in his way and I helped. He said so, all of his warriors helped him be strong and win. I was part of something, and sure looking back you can add all the negativity and judgement to that you want but for me, in my tiny world it was awesome. 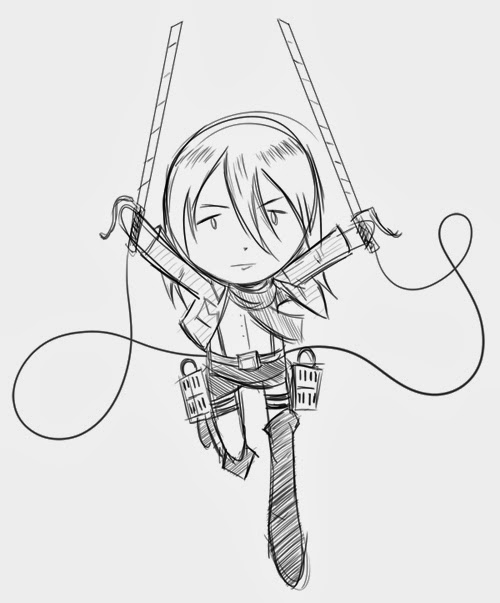 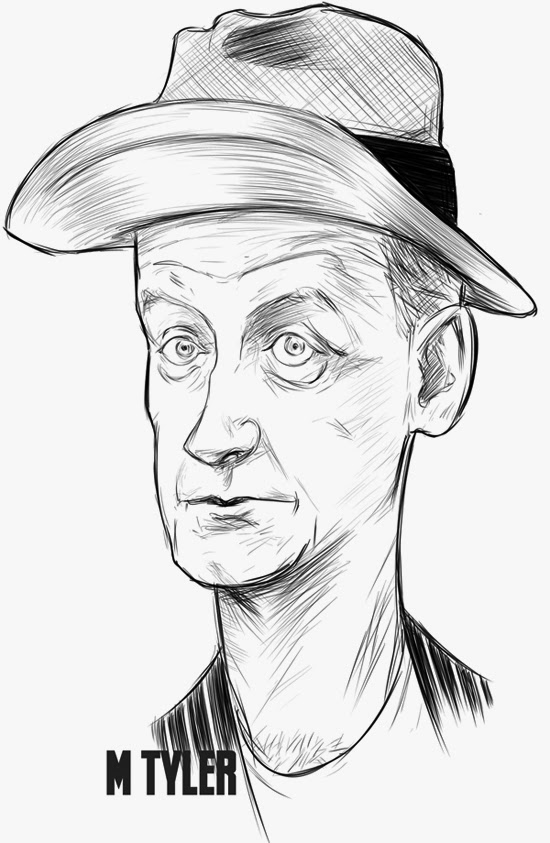 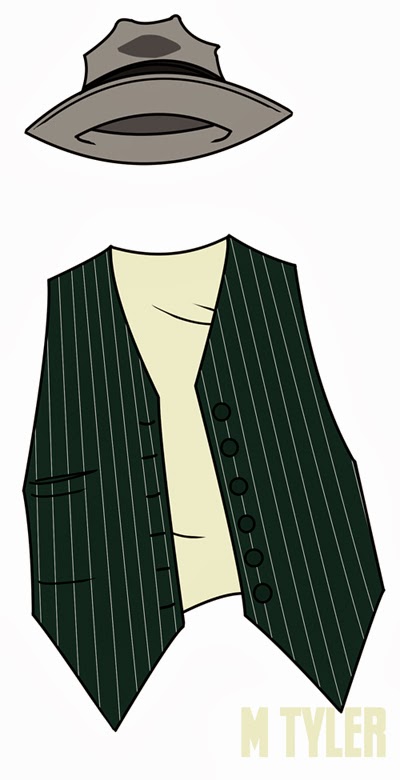 Norton of the Honeymooners, before my time and I never thought he'd be a subject I'd draw but that's what I love about the Sketch Lottery!
on 14.3.14 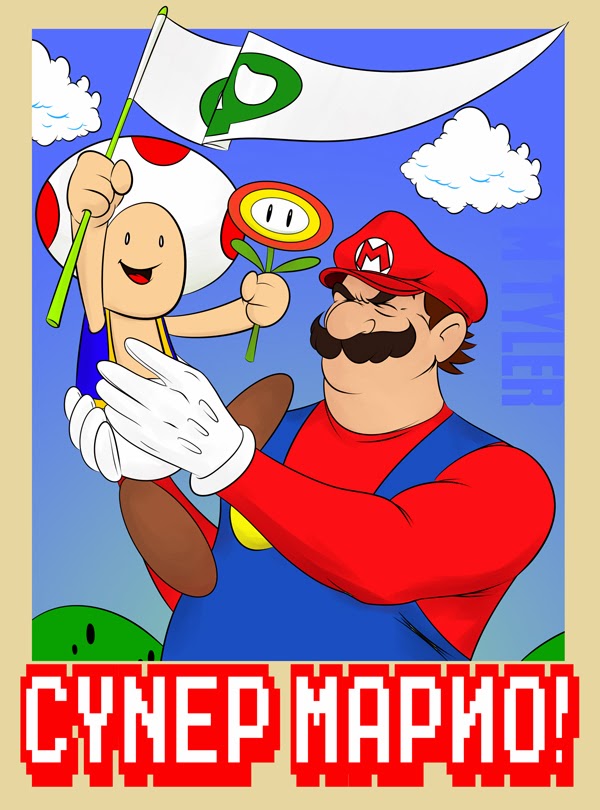 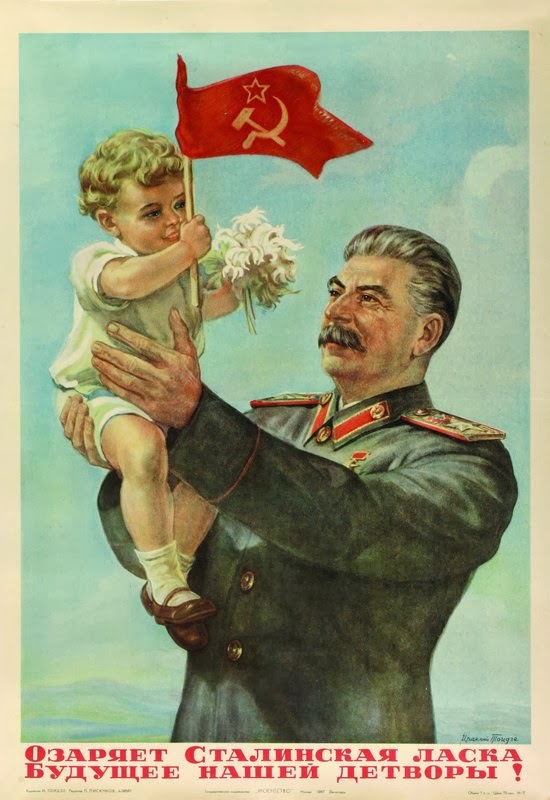 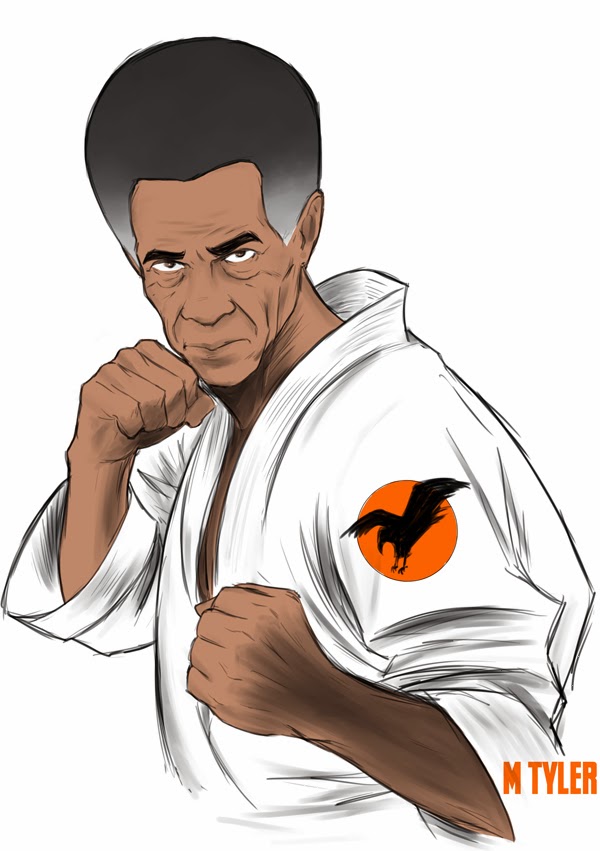 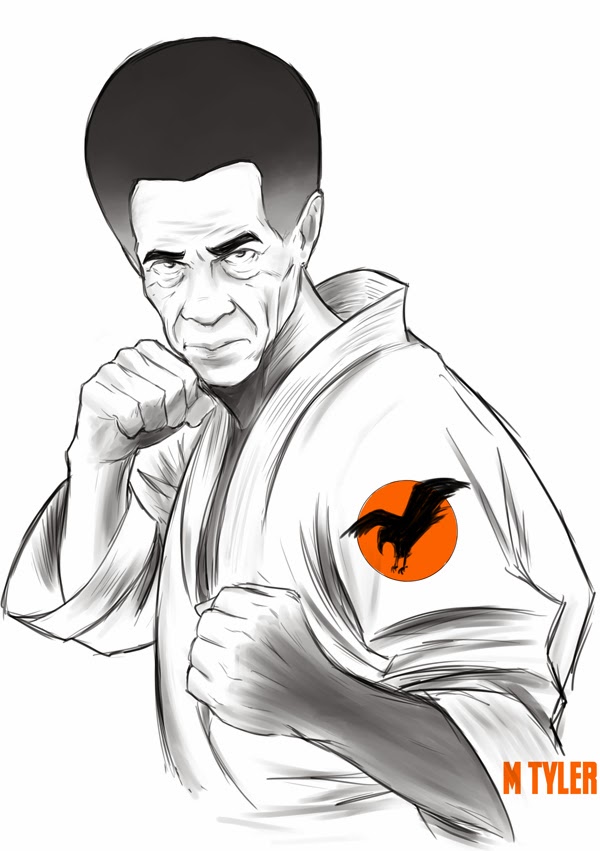 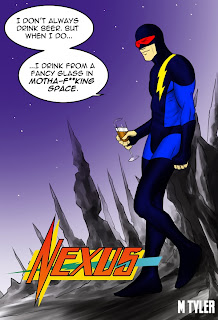 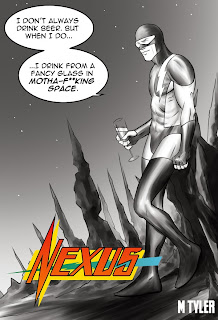 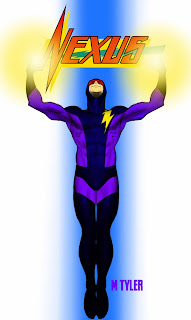 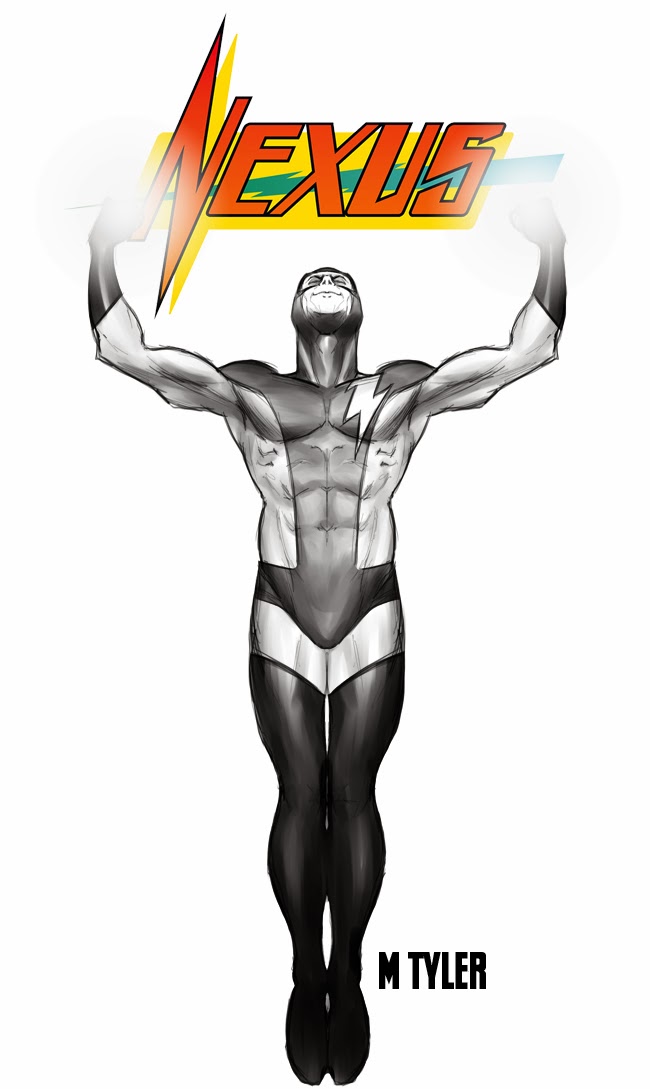 I miss you Mr. Chappelle. 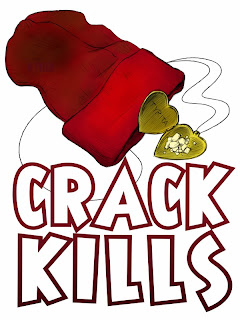 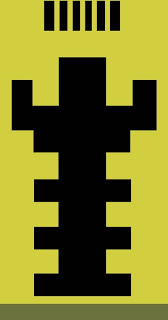 Those crazy kids over at Sketch Lottery have an insane one for this week: Mr. Tyrone Biggums. I had NO idea how to go for this one but I watched a few clips on youtube and this one 'spoke' to me. This is Chappelle. Yes, hes filming a part of a sketch but he was being honest in the moment, its funny and sad and sobering all at once. So I tried to do that justice, first with the SHAZAM!/Red Balls prison escape 'cactus' thing on the left (maybe some body'll get it :P) and then the only logical conclusion for Mr. Biggums on the right. I hope I did his work some kind of justice in mine, I dunno...$%#* I miss you Dave.
on 3.1.14 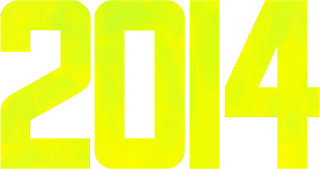 No resolutions (to falter in chasing) this time 'round, just an outlook on what will be twenty fourteen.
on 1.1.14 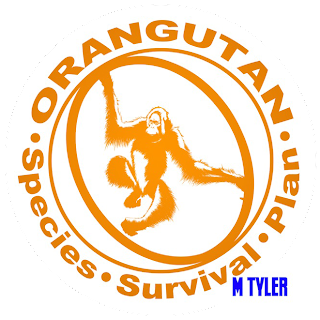 Logo Attempt for the Orangutan SSP. The 600 DPI looks a wee bit better than this one but uhhh, I like how it turned out I think. 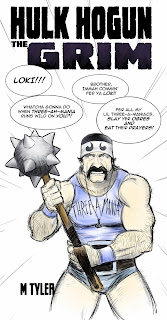 Fooling around on Sketch Lottery with an idea for a sketch. I never thought I'd draw Hogun the Grim, who is one of the Warriors Three. When I was coming up with ideas I said 'Hogun' and I imagined the Ultimate Warrior was saying it like he says 'HOGAN'…it was funny at the time :P

Majority of fonts used created by Nate Piekos, who is awesome.
on 1.1.14

Never asked for it... 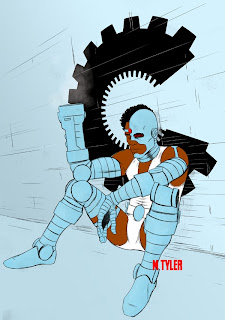 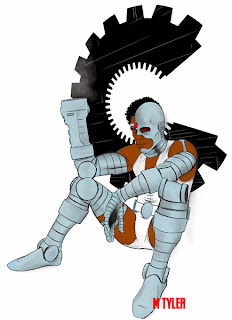 Couldn't leave it be, had to add some shading (see right image above). Still could use a bit more but I'm  leaving it be and moving on to the next one. I really like the character of Cyborg, who really never asked to be what he was.
on 5.12.13 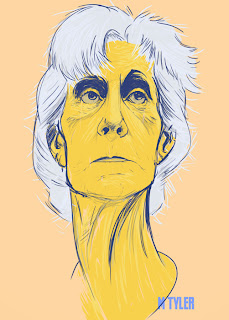 Projects and what not 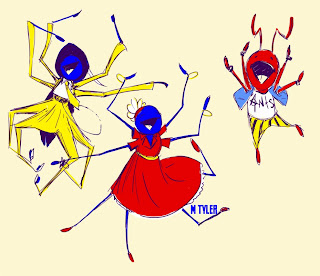 Been sitting on these sketches for forever so should probably put them up!
on 26.10.13 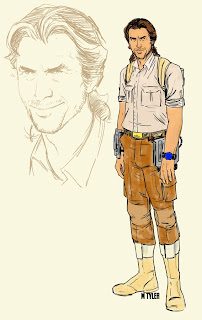 This is a character design for Michael Sacal's Knight's Legacy. A kickstarter for the story will be up soon (I'll put the link up once its set up).

This is my second 24 hour comic (someday I need to scan the original one I did waaay back in college). 24 hours, 24 pages. All done digitally using this font created by the amazing Nate Piekos! and I modified a version of Eric White's Comic Page Template, thanks guys! It was a grueling but fun ride, gonna do it again soon I hope. 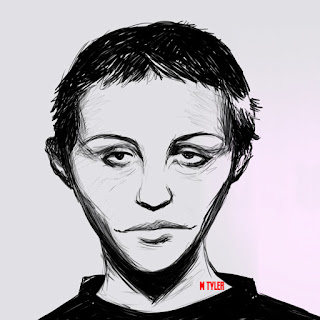 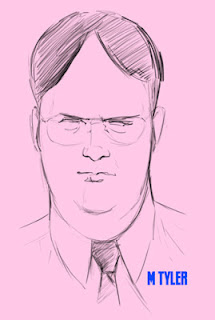